Developing for SmartGlass with Neil Black

Carl and Richard talk to Neil Black from the XBox team about SmartGlass. SmartGlass is Microsoft's technology for utilizing smartphones and tablets as an extension of the XBox. Neil talks about the various roles that the 'second screen' can play in XBox applications and games. The conversation digs into how SmartGlass works with television events to create a more social experience, how you can provide secret information to game players on an otherwise shared screen, and more! If you're up for doing some SmartGlass development, grab the SDK, the link is included in the show links! 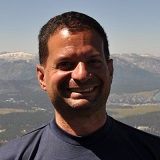