Carl and Richard talk to John Papa about the current state of Single Page Application development. John digs into his latest focus on libraries, the constant evolution in the Javascript world, and how AngularJS is still a big pile of awesome. The conversation also turns a bit philosophical, with a discussion of Javascript being the assembly language of the web, and how languages like Dart, CoffeeScript and TypeScript create abstractions over assembly language to make web applications more maintainable. 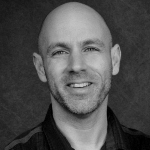 John Papa is a Principal Developer Advocate with Microsoft and he's passionate about Web and mobile technologies. He often enjoys speaking around the world , is a co-host of the popular Adventures in Angular podcast, author of the Angular Style Guide, and many popular Pluralsight courses. You can reach John at johnpapa.net or on twitter at @john_papa.