Are you a Craftsman with Alan Stevens

Carl and Richard talk to Alan Stevens about his views on software craftsmanship. Well, if he just agreed with it, it wouldn't be much of a show now, would it? Alan starts off talking about what it really means to be a craftsman - referencing such wonderful talents as Kevin Ryan Guitars and Steinway pianos as examples. This leads to a discussion about function, construction method and artistry - they're all part of making anything great. The conversation also digs into the whole medieval guild model that software appears to be grabbing onto, with apprenticeships, journeymen and masters. Does it make sense? Does it keep us humble? Does it really ship better software? 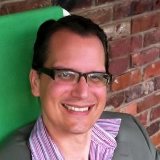 Alan Stevens is the Winston Wolfe of software development. He solves problems. He is a partner at NerdHive Industries, LLC in Knoxville, TN where he builds kick-ass mobile and web apps. He is also a jerk on Twitter at @alanstevens.