At the beginning of the west coast leg of the ModernApps2013 road trip, Carl and Richard talk to Julie Lerman about the latest features of Entity Framework in Visual Studio 2013. Julie talks about the improvements made in EF6, the version of Entity Framework that ships 'alongside' Visual Studio 2013. The focus is on code-first data interaction, but along the way Richard puts on his DBA app and complains. The conversation digs into performance, tuning and creating maintainable data that works well with EF. And most importantly, Julie discusses how Entity Framework is now entirely open source and on CodePlex! More great thoughts from Julie! 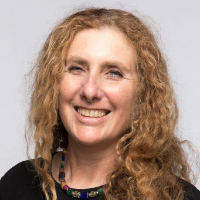 Julie Lerman is a Microsoft Regional Director, Docker Captain, and a long-time Microsoft MVP who now counts her years as a coder in decades. She makes her living as a coach and consultant to software teams around the world. You can find Julie presenting on Entity Framework, Domain Driven Design, and other topics at user groups and conferences around the world. Julie blogs at thedatafarm.com/blog, is the author of the highly acclaimed “Programming Entity Framework” books, the MSDN Magazine Data Points column, and popular videos on Pluralsight.com. Follow Julie on twitter at julielerman.