Carl and Richard talk to Bob Uva about instrumenting production software with New Relic. New Relic works with Ruby, Java, .NET and more, able to instrument applications end-to-end in production. And there's a free version you can use forever - how cool is that? Bob talks about how the instrumentation system works, reporting back to New Relic servers to give you great visualization of what is actually going on in your web application. Listen also for a great digression on engaging kids with programming also - another passion of Bob's. It's time to get instrumented! 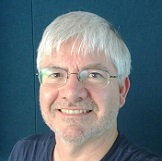 Bob Uva is a Senior engineer on the .NET/Windows agent team at New Relic. He joined New Relic in early 2012. A software industry veteran, Bob started his career in the Boston area where he grew up. He is the original designer and developer of SQA Robot, which still lives today as Rational Robot. He now resides in Portland, Oregon, which is home base for New Relic's Engineering organization. Besides providing .NET developers with awesome tools for monitoring their production systems, he is active as a coach and mentor to kids learning how to code.