While at the Norwegian Developers Conference (NDC) in Oslo last week, Carl and Richard moderated a panel talking about the state of functional programming in mainstream development. The discussion reached back in time to languages like Haskell and Erlang, and looked forward at JavaScript and it's vector to seemingly take over the world. Even if you're not well versed in functional languages, this was a great discussion. 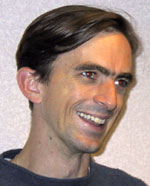 Don Syme is a researcher at Microsoft Research in Cambridge. His first major project at Microsoft was .NET Generics, which he proposed to the Microsoft Product teams in 1999 and saw through to productization in C#, VB and C++ in Visual Studio 2005. Since then he has been researcher and design lead on F#, which is now transitioning to a more official status through a partnership with the Microsoft Developer Division.

Stuart Halloway is the CEO of Relevance, Inc. (www.thinkrelevance.com). With co-founder Justin Gehtland, Stuart helps companies adopt agile, as well as innovative technologies such as Clojure and Ruby on Rails. Stuart is the author of Programming Clojure, Rails for Java Developers, and Component Development for the Java Platform. Prior to founding Relevance, Stuart was the Chief Architect at Near-Time, and the Chief Technical Officer at DevelopMentor.

John Hughes (Co–designer of Haskell and QuickCheck) has been a functional programming enthusiast for more than thirty years, at the Universities of Oxford, Glasgow, and since 1992 Chalmers University in Gothenburg, Sweden. He served on the Haskell design committee, co–chairing the committee for Haskell 98, and is the author of more than 75 papers, including "Why Functional Programming Matters", one of the classics of the area. With Koen Claessen, he created QuickCheck, the most popular testing tool among Haskell programmers, and in 2006 he founded Quviq to commercialise the technology using Erlang.

David Nolen is a curious programmer, musician, and teacher living in Brooklyn. He currently writes JavaScript and Ruby for The New York Times. He also helps run the affordable Kitchen Table Coders workshops from a Brooklyn studio. In his free time he contributes to several open source Clojure projects including core.match, core.logic and ClojureScript.