Carl and Richard talk to Kevin Kline about the latest features in SQL Server 2012. The conversation starts out talking about the new features that developers will love, like windowing - no need for cursors anymore, you can request a window of records from a set and move easily window-to-window. Kevin also talks about the new column store index that is especially useful with repeating data. There's also a discussion on the role of SQL Server in an increasingly NoSQL world, along with cool new technologies like Hadoop, Cassandra and Hekaton. Kevin closes with an offer of some free tools at SQL Sentry, including Plan Explorer, a tool to help you understand the query plans that SQL Server makes from your queries. Check it out! 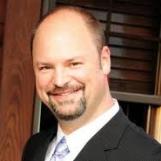 Kevin Kline is a renowned database expert and software industry veteran currently serving is the Director of Engineering Services at SQL Sentry, a leading vendor of database and business intelligence tools. At previous companies, his product designs have won multiple “Best of TechEd” and “Readers’ Choice” awards. A Microsoft SQL Server MVP since 2004, Kevin was a founding board member of the international Professional Association for SQL Server (PASS) and served as president from 2002-2006. He is the author of the best-selling SQL in a Nutshell, and co-author of SQL Server 2012 Management and Administration, Professional SQL Server 2008 Database Design and Optimization, and Database Benchmarking: Practical Methods for Oracle & SQL Server. Kevin writes monthly columns for SQL Server Magazine and Database Trends & Applications Magazine, while his frequent blog posts appear at SQLBlog.com, SQLServerPedia.com, SQLServerCentral.com, and SQLMag.com, as well as at http://KevinEKline.com. He tweets at KEKline. Kevin is a top-rated speaker at conferences worldwide such as Microsoft TechEd, the PASS Summit, DevTeach, Oracle OpenWorld, and SQL Connections. When he’s not pulling his hair out over work, he loves spending time with his wife, four kids, three step kids, working on his antique truck, and in his garden.