Carl and Richard talk to Hendrik Lösch about his experiences doing testing with Visual Studio 2012. Henrik starts out talking about unit testing, the different approaches with various tools, including mocking, moles and fakes. He talks about how MSTest has substantially improved in Studio 2012, but still needs help in the form of NUnit and/or xUnit.net. The conversation also digs into new generation tools like NCrunch and SpecFlow, rationalizing BDD, TDD and ATDD and ultimately dealing with the social challenges of making testing and quality a core part of your development experience. 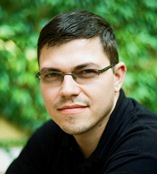 Hendrik Lösch is a German consultant and developer of Saxonia Systems AG. His focus is on software development for industrial and medical companies. He also speaks about test automation at conferences or user groups and wrote the E-Book “Testing with Visual Studio” - A Guide for developers.