While at DevReach in Bulgaria, Carl and Richard moderated a panel on architecture with panelists Steve Smith, Miguel Castro and Charles Nurse. The conversation ranged over a broad swath of architecture topics, talking about brownfield and greenfield design, different scales of architectures, the tension between developers and architects, how to do both roles at once, and more! 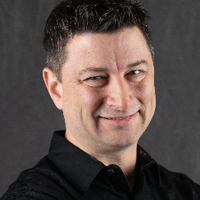 Whether playing on the local Radio Shack’s TRS-80 or designing systems for clients around the globe, Miguel has been writing software since he was 12 years old. He insists on staying heavily involved and up-to-date on all aspects of software application design & development, and projects that diversity onto the type of training and consulting he provides to his customers and believes that it’s never just about understand the technologies, but how technologies work together. In fact, it is on this concept that Miguel based two of his Pluralsight courses, Building End-to-End Multi-Client Service Oriented Applications, which was #1 for several weeks, and Developing Extensible Software. Miguel is a Microsoft MVP since 2005 and when he’s not consulting or training, Miguel speaks at conferences around the world, practices combining on-stage tech and comedy, and never misses a Formula 1 race. But best of all, he’s the proud father of a very tech-savvy 10 year old girl, and a proud husband to the woman that homeschools her. 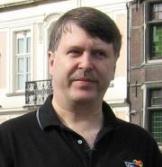 Charles Nurse has been working with the .NET Framework since its first release, specializing in Web Applications using ASP.NET. He is a Microsoft MVP (since 2007) and an ASPInsider (since 2008). Since 2006 he has been Senior Architect for DotNetNuke Corporation - the creators of the DotNetNuke Open Source Web Application Platform. He has spoken at many major conferences including the Software Developers Conference (SDC), MIX, DevConnections, DevTeach, VSLive, Prairie DevCon, Microsoft Tech Days and DevReach too. He is a frequent speaker at local User Groups and Code Camps.