Carl and Richard talk to John Bennett and Colin Hicks from MSNBC along with Oren Eini about the role RavenDB has played in building applications. John talks about how MSNBC was using SQL Server essentially as a blob store, storing stories as XML documents inside of the database. The conversation digs into the challenges of running a web site with well over a billion page views a month, the impact of breaking news on traffic, and how RavenDB solves the document storage problem effectively for MSNBC. 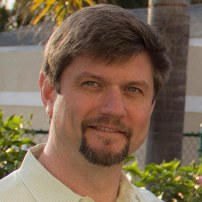 John is a Principal Software Engineer on msnbc.com's platform team, where he builds the systems that run msnbc.com, TODAY.com and other NBC News sites. He has been writing software since 1980, and doing so professionally since co-founding a web startup in 1995. He launched the first websites for Variety, Broadcasting & Cable and Publishers Weekly magazines. He led the development of Parlo.com, which taught English, Spanish and other languages to people on all 7 continents. He later built e-commerce sites for Poland Spring, Arrowhead and other Nestlé brands. And he is one of the many thousands of developers who has failed at writing a good object-relational mapper. John is passionate about .NET, agile development, evolutionary architecture and continuous delivery. He talks about these and other software topics on the team's blog at http://development.msnbc.com and on his personal blog at http://jtbennett.com 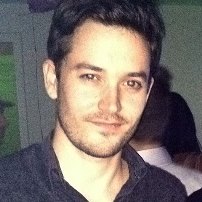 Colin is an architect in msnbc.com's creative development group. He leads user experience engineering and develops editorial systems that power msnbc.com and TODAY.com, among other properties in the Msnbc Digital Network. He joined msnbc.com in 2007, at first to produce Flash-based interactives for NBC Nightly News. After ditching ActionScript for JavaScript, it was largely his fascination with LINQ that led him to C# and .NET. Before msnbc.com, Colin worked for a nanotechnology startup and helped produce multimedia documentaries in Europe and South America.

Oren Eini is the author of RavenDB, a very popular NoSQL database, and is also a leading figure in other well known open source projects including NHibernate, Rhino Mocks,the Rhino Tools Suite and the Castle project.

Oren Eini has years of experience in the development world with a strong focus on architecture and best practices that promote quality software and zero-friction development.