Carl and Richard talk to Bart de Smet about the beta of Reactive Extensions (Rx) Version 2. Currently in beta when the show was recorded, Rx 2.0 works with .NET 4.5, both for desktop and metro, as well as Silverlight 5 and Windows Phone 7.1. Bart talks about how Rx lets you write LINQ expressions over top of events, completely changing the way you think about responding to events. If you're tired of cluttering up your UI code with event handlers or you've got a back end process that needs to deal with millions of incoming events, you owe it to yourself to look at Rx! 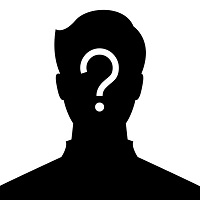 Bart De Smet is a Senior Software Development Engineer on the Cloud Programmability Team at Microsoft, leading the development of Reactive Extensions (Rx) and various LINQ-related projects. Bart joined Microsoft in 2007 out of college, where he was a C# MVP for 4 years. He’s also a popular speaker on various international conferences, talking about language-related innovations, runtime technologies, and LINQ. His main interests include programming languages, runtimes, functional programming, and all sorts of theoretical foundations. In his spare free time, he enjoys hiking, a game of snooker, and brushing up on math, physics, and type system theory.