Carl and Richard talk to Damian Edwards and David Fowler about SignalR. SignalR is a library for providing persistant connections between a web server and a browser by providing an abstraction over top of technologies like WebSockets or even AJAX polling. SignalR requires .NET 4.0 on the back end and jQuery on the front end... although non-browser clients are in the future! 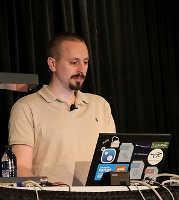 Damian Edwards is a Principal Program Manager on the ASP.NET team, responsible for the core ASP.NET runtime and Web Forms. He's also an active open source participant, as the creator of the Web Forms MVP and SignalR open source ASP.NET projects, as well as various jQuery plugins. 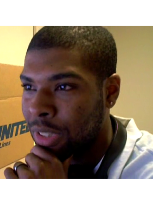 David Fowler joined Microsoft as a developer on the ASP.NET team in 2008. Before that he did two internships at Microsoft as a tester and a developer. He's originally from Barbados and went to college in Florida.