Weyer and Baier on WIF 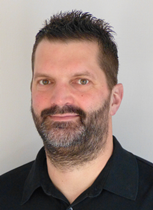 Christian Weyer is a well-known veteran in designing and implementing distributed applications architectures. With his company Thinktecture he has been focusing on end-to-end aspects of distributed software systems in the past 16 years. His toolset includes technologies like ASP.NET, WebAPI, SignalR, WCF, or Microsoft Azure. These days he is rather a friend of lightweight architectures based on Web APIs and Push Services and focuses on mobile-first applications on various client platforms. The national and international developer and architect community knows Christian from his weblog, webcasts, forums activities, user group talks and conference performances. He was selected as one of the Microsoft MVPs for ASP.NET and is an independent Microsoft Regional Director for Germany. Get in touch with him at christian.weyer@thinktecture.com or http://weblogs.thinktecture.com/cweyer/.

Dominick Baier is an independent consultant specializing in identity & access control. He helps companies around the world designing & implementing authentication and authorization for their distributed web and native applications. He’s the co-author of the popular OpenID Connect & OAuth 2.0 framework called IdentityServer (http://identityserver.io), has written a couple of books, blogs at http://leastprivilege.com and tweets as @leastprivilege.