Panel: Is Software Development Too Complex?

Recorded live at devLink in Nashville, Tennessee. Billy Hollis, Kathleen Dollard, Jim Holmes, and Josh Holmes (no relation) discuss the issue of the complexity of software development. Several .NET celebrities in the audience also chimed in.

Billy Hollis is an internationally known UX design generalist, software architect, and team leader. He has also authored or co-authored over a dozen books. He’s a long-time speaker at major tech conferences, with over 400 sessions on software development, IT practices, and UX design. He leads a team of world-class multi-platform developers at Next Version Systems, where the team creates and implements trailblazing UX designs for companies from Fortune 100 down to medium-sized technology companies. Billy has also done video courses for Pluralsight and LinkedIn Learning. His latest course on LinkedIn is on how to interview software developers.

Kathleen Dollard loves to code and loves to teach and talk about code. She’s written tons of articles, a book, and spoken around the world. She’s on the .NET Team at Microsoft where she works on the .NET managed languages (C#, F#, and Visual Basic.NET). She’s always ready to help developers take the next step in exploring the wonderful world we call code. 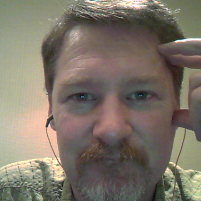 Jim is the VP for ALM and Testing at Falafel Software. He has been in various corners of the IT world since joining the US Air Force in 1982. He’s spent time in LAN/WAN and server management roles in addition to many years helping teams and customers deliver great systems. Jim has worked with organizations ranging from start ups to Fortune 100 companies to improve their delivery processes and ship better value to their customers. Jim’s been in many different environments but greatly prefers those adopting practices from Lean and Agile communities. When not at work you might find Jim in the kitchen with a glass of wine, playing Xbox, hiking with his family, or banished to the garage while trying to practice his guitar.

Josh Holmes is a passionate soul who gets his kicks solving problems with deep fried awesomeness. He is currently employed by Microsoft Ireland as an Architect Evangelist. Prior to joining Microsoft in October 2006, Josh was a consultant working with a variety of clients ranging from large Fortune 500 firms to smaller sized companies. Josh is a frequent speaker and lead panelist at national and international software development conferences focusing on web technologies on the Microsoft stack such as ASP.NET, PHP, IronRuby, JavaScript and more. Community focused, Josh has founded and/or run many technology organizations from the Great Lakes Area .NET Users Group to the Ann Arbor Computer Society and was on the forming committee for CodeMash. You can contact Josh through his blog at http://www.joshholmes.com/.