James Kovacs on Convention over Configuration

James Kovacs is back to talk about how the idea of Convention over Configuration has transformed the way we think about software development, leading to better usability and productivity. 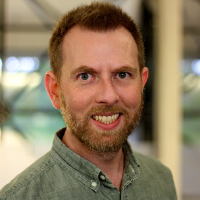 A long time ago in a galaxy far far away James was a frequent guest on .NET Rocks. He spoke at conferences, wrote magazine articles, and had an active Twitter account. Then a career change landed him at MongoDB where he has spent the last 5 years in self-inflicted obscurity. During that time, he has worked on the Technical Support Team assisting customers with the core database product and more recently on the Drivers Team building the language-idiomatic drivers that allow developers to connect to MongoDB. His current focus is implementing new features in the MongoDB .NET/C# driver, which is used by millions of developers worldwide.