In this interview, Raymond Chen discusses... Raymond Chen! Raymond talks about his history at Microsoft dating back to the early days of the Windows32 API, up through the recent release of Windows Vista and whatever else is on his mind. 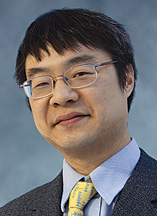 Raymond Chen is a programmer at Microsoft Corporation who has been involved in the evolution of Windows for more than 25 years. In 2003, Chen began a Web site known as The Old New Thing which has grown in popularity far beyond his wildest imagination, a development which still gives him the heebie-jeebies. The Web site spawned a book, coincidentally also titled The Old New Thing (Addison Wesley 2007). Chen currently appears regularly on MSDN Channel 9’s One Dev Minute channel in the One Dev Question video series. He is still struggling with the instructions that the speaker biography should be 150 words or less, including spaces.