Why should .NET developers build Power Apps? Carl and Richard talk to April Dunnam about the latest in Microsoft's Power Platform and why .NET developers should get involved. April talks about the fusion development methodology, where domain experts use the Power Platform tools alongside .NET developers using Visual Studio to build line-of-business apps. There are many opportunities in the cycle of building Power Apps where your skills as a .NET developer can make the process go faster, more reliable, and with more features! Also, check out April's upcoming workshops on building Power Apps online at https://aka.ms/PowerDNR and at the DevIntersection conference in Las Vegas in December! 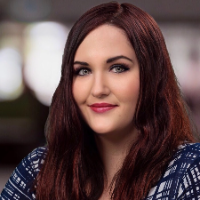 April Dunnam is a process automation professional, a SharePoint Siren, and a Karaoke Queen. She is also a woman who codes but teaches others to build apps and automation with zero code. April is a Power Platform Developer Advocate at Microsoft with a love and passion for the Power Platform.