How do you test Angular forms? While at CodePaLOUsa in Louisville, Carl and Richard talked to Martine Dowden about her approach to building tests that are maintainable, and are best automated because they are tedious to test manually - like forms validation. Martine talks about a mix of automated unit testing and eyes-on manual smoke tests being the most efficient way to have a well-tested web application. 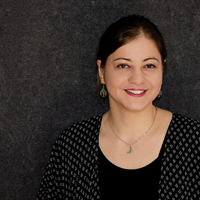 An award-winning CTO, UX / UI Designer & Developer, International Speaker, and author, Martine Dowden focuses on web interfaces that are beautiful, functional, accessible, and usable. She approaches user experience from both art and science, drawing from her degrees in psychology and visual communications. She has worked as a developer, artist, educator, and consultant since 2005. In 2015, she published a children's book, “Programming Languages ABC++”. She then went on to write “Approachable Accessibility: Planning for Success” which was released in June 2019 and “Architecting CSS: The Programmer’s Guide to Effective Stylesheets” in 2020. Currently, she is the CTO at Andromeda Galactic Solutions where she continues to learn, work on, and share her passion for front-end development.