How do you do Infrastructure-as-Code? Carl and Richard talk to Chris Klug about his experiences with different IaC approaches. Chris talks about using HashiCorp's Terraform - one of the original IaC solutions, with many providers to work with all sorts of platforms - but do they keep up with the latest? Microsoft has released Bicep as a domain-specific language over Azure Resource Manager, but it's only for Azure. And then there's Pulumi, letting you create IaC in C# - as always, there's no one right way, but there is a path to nirvana out there somewhere. You just have to find it! 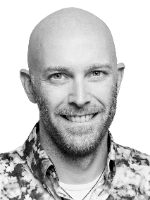 Chris Klug works as a developer/architect at Active Solution in Stockholm, working mostly with cloud-based solutions for clients in a wide range of domains. Lately, his contracts have pulled him towards the DevOps area, working almost entirely with build and release automation, as well as infrastructure as code. Both were somewhat uncharted areas to him, which suited him fine, as he loves learning new things, and figuring out how to make them do what he wants them to.