How do you make web apps into desktop apps? Carl and Richard talk to Otto Dobretsberger about Photino, a fork from Steve Sanderson's WebWindow project that will compile your web application into a cross-platform desktop application for Windows, macOS, and Linux. Otto talks about keeping Photino extremely lightweight, many times smaller than other desktop framework approaches. The typical approach is using the SPA of your choice - Angular, Vue, or React, and then compiling it into the desktop form. Great for making reliable off-line applications and onto dedicated kiosk-style hardware! 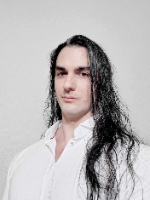 Otto Dobretsberger is a Senior Software Developer with EPS Software. He earned a Bachelors Degree in Biomedical Informatics in Austria, and a Masters and PhD in Computer Science from the University of Houston. His background is in heavy computational genetic and genomic data analysis using C and C++. He specializes in WPF, C#, and C++, and is proficient in several other languages as well. His experience ranges from working on projects in the fields of biomedical image processing, genetic and genomic data analysis, analytical software for the oil/ gas industry, and custom control development. He has authored scientific papers, magazine articles, and is a frequent speaker at conferences such as Houston Techfest and .NET Conf. Since 2014, Otto is also an Adjunct Professor at the University of Houston, having taught various programming courses such as C++, Python, JavaScript, and Java. When he's not writing code, he's usually found somewhere in the gym, training for his next powerlifting competition or defending his USPA National Records and IPL World Records.