Ready for another actor framework? Carl and Richard talk to Roger Johansson about his work on proto.actor, and ultra-light-weight, easy to get into actor framework for .NET and Go. The conversation starts out with Akka.NET, the framework that Roger worked on a few years ago, and how it's origins in Java gave it a certain amount of ceremony that Roger thought could be simplified - hence proto.actor! With a focus on speed and simplicity, proto.actor uses libraries like Google's protocol buffers to work with other platforms and libraries well, check it out! 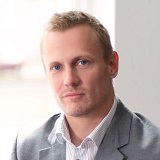 Roger Johansson, Solution Architect at Betsson Group in Stockholm Sweden. He has a deep passion for open source and have been leading various open source project since the early days of .NET. Founder of Akka.NET and now focusing on the Actor Model version 2: Proto.Actor - A cross platform high performance actor model framework for .NET and Go