So what does developing web apps with F# look like? Carl and Richard talk to Henrik Feldt about his efforts to use F# end-to-end when building web sites and web services. The conversation starts out with suave.io, a nodeJS-like web server written in F# that runs in a totally non-blocking fashion across Linux, OS X and Windows. Henrik also digs into WebSharper, a web framework for building functional and reactive .NET applications - a natural for F#, although WebSharper works fine with any CLR language. The list goes on, check the awesome set of links for this show including links to videos to teach you to use the tooling and more great F# content! 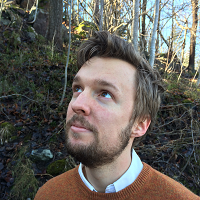 Henrik is the CEO of a Stockholm startup called qvitoo – they are going to replace receipts and manual accounting with robots that do it all for you, letting you focus on doing Your Thing(R)! He’s been doing .Net since 1.1 through projects like the Castle Project, MassTransit, TopShelf, Automatonymous, Documently, Puppet for Windows, Albacore, Hawk for .Net and Suave, docker for F#... To name a few. His open source work is aimed towards making F# the go-to language for distributed systems.