Testing and Craftsmanship with Scott Nimrod

Can you be a software craftsman and not test? Scott Nimrod says no! Carl and Richard chat with Scott about his experiences using TDD practices to build software and how that affected his approach to craftsmanship. Scott talks about how writing testing code to quickly test your app code is a far more efficient use of time compared to repeatedly compiling and running an application, then manually navigating to the feature in question and playing with it. Proper tests are faster, more accurate and repeatable, resulting in better code. And they're even more important when the app gets bigger, the number of developers increase and time passes - build your software right! 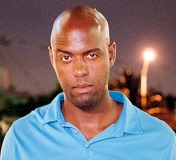 Scott Nimrod is fascinated with software craftsmanship. He has been practicing software development since 2003. He’s a thriving entrepreneur, software consultant, and he blogs. He focuses on native application development and Test Automation. He was born and raised on the mean streets of Cleveland, Ohio and currently resides in Miami Beach, Florida. His blog can be found at Bizmonger.Wordpress.com.