Visual Studio 2015 came out in July 2015, and with it, a new version of F# - version 4.0! Carl and Richard talk to Lincoln Atkinson, late of Microsoft, about the cool new features and capabilities in F# 4. The conversation ranges through the thinking around functional programming and new very functional features added - like TryList, as well as the more hybrid capabilities that let F# be a more general purpose language. And most impressively, F# 4.0 was built out in the open, as an open source project, including having third party contributors. Sure, the bulk was built by Microsoft folks (including Don Syme), but check out the contributors list! 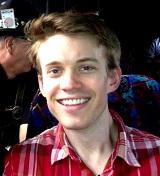 Lincoln Atkinson recently completed an 8-year tour of duty at Microsoft, where he did testing and development primarily in F#, C#, and Powershell. He's worked on IT management products, Azure services, and spent the last 3 years on the Visual F# team, contributing to the F# compiler and Visual Studio IDE tools. His next gig will be at Sumo Logic in Redwood City, CA, doing machine data analytics with Scala. Lincoln has a bachelor's and a master's in applied mathematics, but so far only applies them to Project Euler problems. He likes writing clean, elegant code, learning new things, and teaching others.