So how will you build mobile apps going forward? Carl and Richard talk to Atley Hunter about the impact of Windows 10 and various announcements at Build on your strategies for building mobile apps. After a quick conversation about the awesome that is HoloLens, the conversation dives into issues around Windows Phone adoption and app creation. Do the new tools make it more likely for companies to build Windows Phone apps? 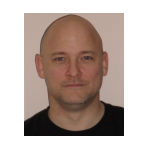 As one of the most prolific modern UI developers in the world, Atley Hunter splits his days between creating cool new apps for Windows Phones and Tablets and sharing what he has learned via Twitter, Facebook, LinkedIn and numerous In Person events.