What does it take to grow new developers into something more experienced? Carl and Richard talk to Jeff Casimir about his approach to shepherding developers, helping them to grow into experienced developers. But what sort of experiences should you have? The conversation digs into the ideas around intentional practice, something rarely done in software. Jeff also talks about the scarcity of mentors and what it takes to get your code reviewed on a regular basis with an expert - and what an expert review even looks like! It's a challenge we need to rise to: there are more new developers all the time! 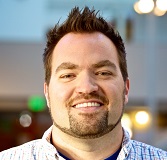 Jeff has been teaching programming for the past 12 years in K-12 and to adults. In 2012 his Hungry Academy program was one of the first efforts to teach development in just a few months. Last year he started the Turing School of Software & Design in Denver where he's now Executive Director.