Are you building in WPF? Are you using PRISM? Carl and Richard talk to Brian Noyes and Brian Lagunas about the PRISM project, which is a set of tools for building WPF apps. As Brian Noyes says, PRISM is the AngularJS of WPF! The conversation dives into the on-going evolution of PRISM, including support for Windows Phone and Universal Apps. The point of PRISM is composability, helping you to organize the elements of your application into something more maintainable, easier to test and continue to evolve. Brian and Brian also announce that they are running the PRISM project now and have moved it to GitHub - they will take your pull requests! 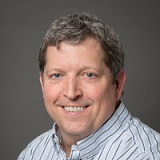 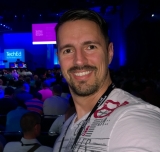 Brian Lagunas is a Microsoft MVP, a Microsoft Patterns & Practices Champion, leader of the Boise .Net Developers User Group (NETDUG), board member of Boise Code Camp, speaker, trainer, and Pluralsight author. He can be found speaking at a variety of developer events around the world. His talks always involve some form of markup (XAML or HTML), as well as how to build well architected applications with Prism. In his spare time, he authors courses for Pluralsight, blogs and live streams about various technologies, and manages the Prism Library. The easiest way to find Brian is on twitter at @BrianLagunas.