Node and sails.js with Mike Hostetler

Carl and Richard chat with Mike Hostetler about his work with Node.js and the Sails.js MVC Framework. The conversation starts out with a recap of Node itself, how it takes on the web services problem with a minimal footprint at first, and how you can add in the bits you need with the Node Packaged Manager. Then Mike digs into Sails.js, an MVC framework to help you build well-structure web pages in JavaScript against Node on the backend - JavaScript everywhere! The discussion also deals with the state of the Node community, including the announced departure of TJ Holowaychuk, one of the most prolific Node library developers out there. Node is moving into the mainstream, have you checked it out? Lots of links below! 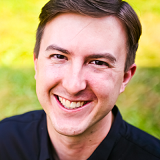 Entrepreneur and Ethical Hacker, Mike Hostetler is passionate about Entrepreneurship, Open Source, the Future of Work, Leadership and the Modern Web. Mike currently works as the CEO of appendTo. With extensive technical experience, Mike spent several years in the software industry working for the government, energy and telecommunications sectors. Mike then worked and consulted for several startups. During this time, Mike also spent a considerable amount of time giving back through Open Source. Mike has previously served on the jQuery Core Team and contributed heavily to the Drupal Project. Mike is a published co-author of the jQuery Cookbook (O’Reilly, 2009) and speaks widely on technical and business topics. Mike has spoken at OSCON, FluentConf, jQuery Conferences, BlackBerry DevCon and StarTechConf in Santiago, Chile. You can follow Mike on Twitter (@mikehostetler) or via his blog at http://mike-hostetler.com