Carl and Richard chat with David Graham about what it takes to create a new developer. David starts out the conversation talking about the shortage of developers today, and how the shortage is getting worse, not better. This leads to a conversation about existing training approaches, such as a four-year computer science degree. While we all agree that the best way to learn to program is to actually program, what are the best tools to start out with? How do you get out into the industry and continue to grow? 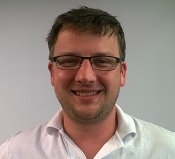 David has been a Microsoft developer for the past 15 years. He has worked with Microsoft, Exxon, Apollo Group, and Adecco as a Senior Developer / Architect. Now he is the founder of a nine week intensive programming boot camp called Coder Camps that is opening up across the country.