Agents and Actor Models in F# 3.0 with Rachel Reese

While at Øredev in Malmö, Sweden, Carl and Richard talk to Rachel Reese about her fun with F#. Rachel's background in mathematics led her to experiment with functional languages like Erlang and F#, and ultimately to solve problems more effectively utilizing techniques like parallelism from F#. The conversation also explores the actor model (and agents, and a bunch of other Hollywood terms) as well as the cool new type providers that are in F# 3.0. Another huge F# fan - have you taken it out for a spin yet? 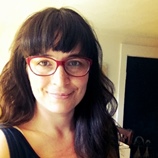 Rachel Reese is a long-time software engineer and math geek who can often be found talking to random strangers about the joys of functional programming and F#. She currently handles training & evangelism for Jet.com in the NYC area, and has a habit of starting user groups: so far, in Hoboken, NJ (Pluralsight Study Group), Nashville, TN (@NashFSharp) and Burlington, VT (@VTFun). She's also an ASPInsider, an F# MVP, a Xamarin MVP, a community enthusiast, one of the founding @lambdaladies, and a Rachii. You can find her on twitter, @rachelreese, or on her blog: rachelree.se.