Carl and Richard talk to Andreas Hakansson and Steve Robbins about NancyFX. NancyFX is an open source project to provide a lightweight framework for building web applications. Andreas and Steve talk about NancyFX focusing on the Super-Duper-Happy-Path of web development. The conversation also digs into the diversity that NancyFX supports, running in IIS, with ASP.NET (or not), WCF, Azure, OWIN, Umbraco, even Nginx on Ubuntu! Andreas and Steve also dig into how NancyFX handles testing, different view engines, authentication and cryptography. If you're considering WebAPI, you should look at NancyFX also!

Andreas Håkansson is Senior Software Engineer based in Sweden. He is an active participant of the open-source community, both as a contributor and as the creator of projects such as Common Service Factory, MefContrib and Nancy. Andreas can be found tweeting regularly using @TheCodeJunkie and he also managed to blog (every now and then) at thecodejunkie.com and elegantcode.com 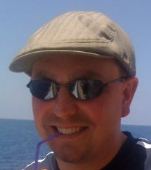 Steven is a Technical Architect based in Cheshire in the UK, mainly working on software for the education industry. He is heavily into community, founding the Manchester NxtGen user group back in 2009, and is an major advocate of open source, working on projects such as TinyIoC and Nancy. He blogs (occasionally) at www.grumpydev.com, and can be found tweeting far too much at @grumpydev