A panel discussion at DevConnections in Las Vegas digs into different styles of web application development in 2012 - comparing web forms to MVC to the up-and-coming Single-Page style of web app. Carl handles questions from the audience while Richard causes trouble on the panel.

Paul Litwin is a developer specializing in ASP, ASP.NET, Visual Basic, C#, SQL Server, and related technologies. He is the CEO of Deep Training and the creator of the ASP.NET 1.1 C# and ASP.NET 1.1 VB courses as well as the SQL Server 2005 Reporting Services course. He is also a Programmer Manager at the Fred Hutchinson Cancer Research Center in Seattle. He has authored a number of books including ASP.NET for Developers (SAMS) and several editions of the Access Developer's Handbook (SYBEX). Paul is the conference chair of Microsoft ASP.NET Connections, a Microsoft ASP.NET MVP, and a member of the International .NET Association (INETA) Speakers Bureau. You can reach Paul via e-mail.

Stephen Walther is a Senior Program Manager on the ASP.NET Ajax team. He has written several best-selling books on ASP.NET including ASP.NET Unleashed and ASP.NET MVC Framework Unleashed. He also frequently speaks at conferences such as the Microsoft Professional Developers Conference, Tech-Ed, MIX, and ASP.NET Connections. His blog is located at http://StephenWalther.com. 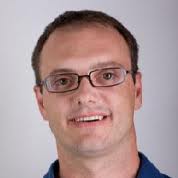 Based in Scottsdale Arizona, Joel Neubeck leads a talented team of software and interactive developers as the VP of Technology for Nomadic, a full service branding and interactive digital agency. With over 14 years of experience in interactive development, Joel has displayed a passion for engineering innovative solutions. His diverse background includes expertise in ASP.NET, Silverlight, WPF, Flash and Flex. For the past two years, Joel has been named one of Microsoft’s Most Valuable Professionals (MVP) for his work with Silverlight. 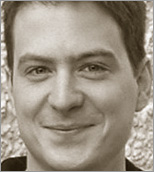 Christian Wenz is author, trainer and consultant with focus on web technologies. He frequently contributes to IT magazines and speaks at developer conferences around the world. He is an ASP/ASP.NET MVP, contributor of the ASP.NET AJAX Control Toolkit and member of ASPInsiders. His books have been translated into 10 languages.